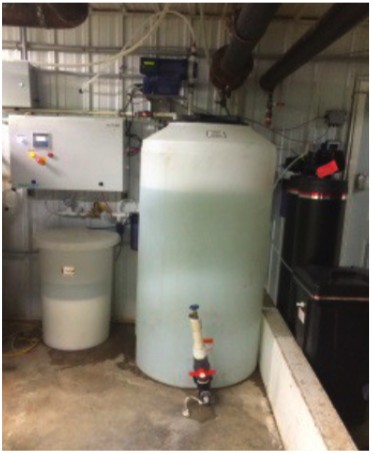 Prairie Blossom Farms installed the ELA-1200 Electrolyzer, dosing there water with Anolyte at 4% for 700 sow farrow to wean operation.

They reported: “Last 60 sows pregnancy checked 4 were negative. Hallelujah Praise the Lord!!!!! “Sent about s*** load of texts to everyone that was aware of my repeats and the water system we installed and let them know our success with the Anolyte system. My phone is ringing off the hook now. The repeats are so few now it looks too good to be true–If it’s the water system it’s priceless.”